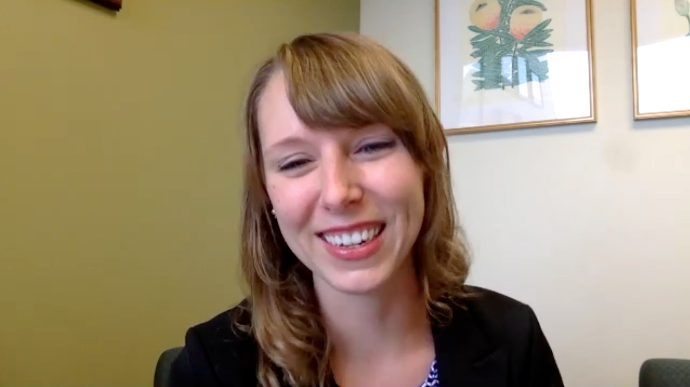 Whitney Goldsberry, MD, a University of Alabama clinician at Birmingham Hospital and a Fellow of the UAB Department of Gynecological Oncology, shares an insight into the future of PARP inhibitors in the treatment of ovarian cancer.

Whitney Goldsberry, MD, a University of Alabama clinician at Birmingham Hospital and a fellow in the UAB Department of Gynecological Oncology, shares an insight into the future of PARP inhibitors in the treatment of ovarian cancer.

One problem with PARP inhibitors is the likelihood of acquired or initial resistance. What current or potential clinical strategies can mitigate this resistance?

This is definitely a problem we will have as we move forward with ovarian cancer treatment in the future. Current data indicate that patients with a pathogenic BRCA mutation or other homologous recombination deficiencies are most likely to benefit from PARP inhibitors. We know that BRCA reversal is one way that can actually make these patients less susceptible to the benefits of PARP inhibitors. As we move forward, it will be important to find other ways to actually overcome PARP inhibitor resistance with these various reversals.

What do you see on the horizon for PARP inhibitors in the treatment of ovarian cancer, be it with novel therapies / combinations or with regulatory changes?

PARP inhibitors are amazing in ovarian cancer because we haven’t had anything like it in 20 years that actually almost “cured” some types of ovarian cancer – for example, when a patient had a platinum reaction and then created it becomes a PARP inhibitor with these BRCA mutations. You’ve been around for about 2 years and then some of them don’t repeat themselves. And that is so far unknown in our field, so it is a very exciting time for us.

The British girl “fakes” ovarian most cancers to fund her lavish...

LETTERS: Do You Know Signs of Ovarian Most cancers?